Not Sure How to Talk To a Loved One About Eating Disorders? Read This. 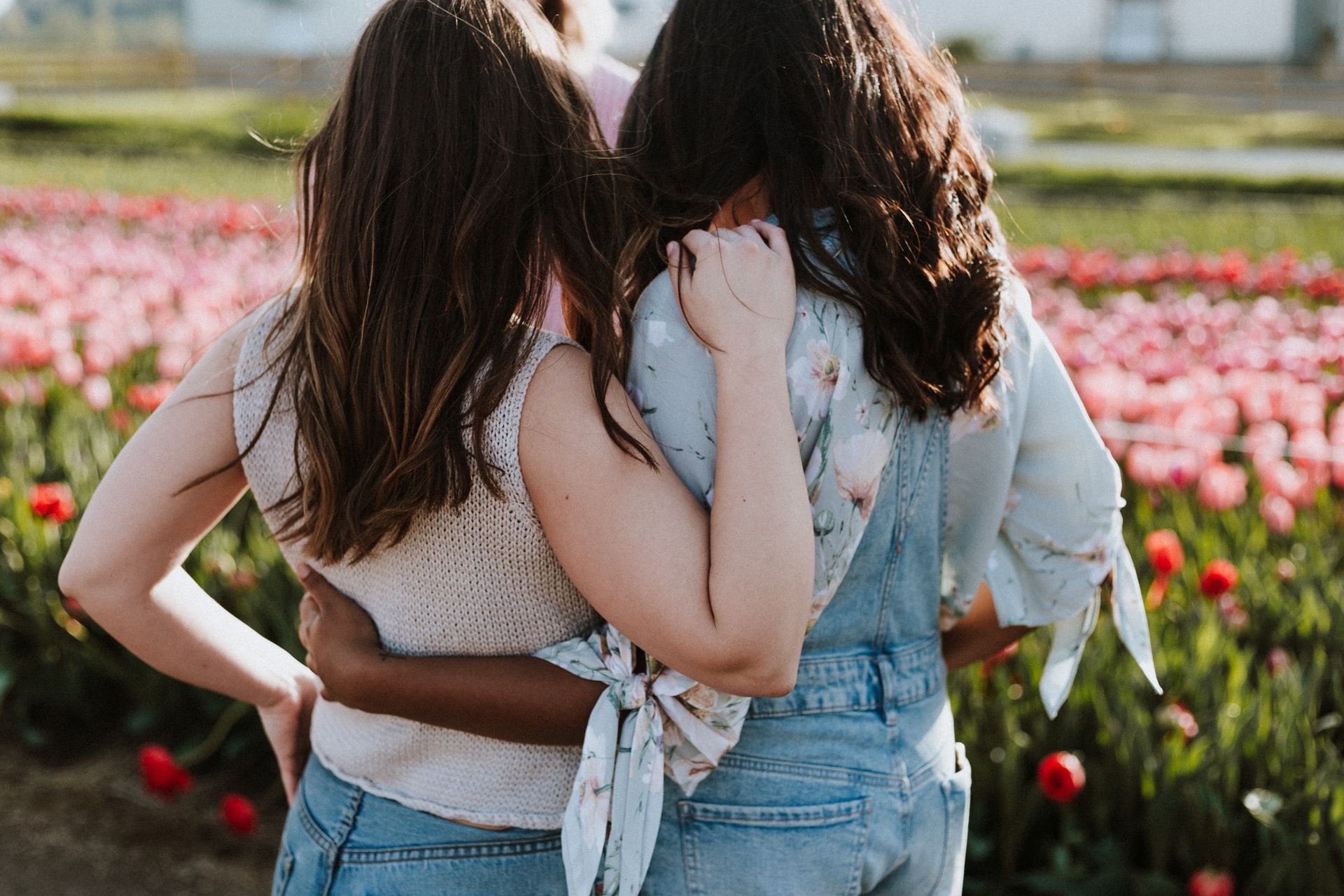 Perhaps one of the most challenging aspects of supporting someone with an eating disorder is knowing how to even broach the topic in the first place. There’s no manual on the do’s and don'ts of  sharing your concerns with someone you suspect may be struggling. And there can be a lot of discomfort in discussing topics of food, exercise, weight, and body image.

Eating disorders are still so poorly understood and rarely discussed outside of stereotypes, so it can be extra tough to know if and how to bring up the possibility of problematic behaviors if the person in question happens to be male, of a certain age, or embodying other characteristic outside societal expectations of how eating disorders “look.”

The truth of course is that eating disorders don’t look any specific way and there are no rules around who can be affected by them. The tricky part of showing support may be knowing how and when to initiate tough conversations with people in your life who could need your help.

“Before starting any tough conversations about eating disorder concerns with a friend, it's important to remember the other person might react defensively or shut down the topic and it's still important to have these discussions,” says Equip peer mentor Elizabeth Moscoso. “Do a little bit of research, and come prepared with some things you've noticed in your friend and how that could be concerning behavior. Time and place are really key — don't bring it up at lunchtime with lots of people around, instead some place quiet and comfortable for both of you. Be open and honest, let them know that you care about them and would like to give them space to talk about their struggles or brainstorm next steps to get help.”

Here are some tips for navigating various scenarios in which a person in your life may be struggling — and how you can help be the changemaker they need to start healing.

If the person you think may need support is…

Eating disorders are still widely thought of as illnesses that exclusively affect girls and women, but that couldn’t be further from the truth: about 10 million American men will have an eating disorder at some point during their lifetime (out of 30 million total), and men are almost as likely as women to have disordered eating behaviors that don’t meet criteria for an eating disorder.

“Often in males, EDs, particularly anorexia, present with a desire to have a more muscular physique as opposed to being thin,” says Equip’s Adult Psychiatric Medical Director, Sam Kolander, MD. “Things to look out for include obsessional exercise, significant weight loss, and modification of diet with high amounts of protein and low amounts of carbohydrates.”

According to Equip Family Mentor Linsey Henry, when her son began struggling with disordered eating, he began to miss meals and make excuses for why he wasn’t eating with the family. He also shifted his sleeping habits and other behaviors to accommodate early gym sessions and his school work suffered. “Unfortunately one of the horrible additions that come with EDs is a big shift in values,” she says. “Our son had never misled us until the ED grabbed him and took him hostage.”

Kollander remarks that overall, eating disorders in boys are underdiagnosed, and addressing a possible issue may require collaborating with a trusted and experienced professional. “If you suspect that your son has an eating disorder, a consultation with his pediatrician can be helpful to see if there are significant changes in his growth curve (or other concerning findings like abnormal labs or vital signs),” he says. “Nonjudgmentally and curiously asking your son about thoughts/behaviors you are concerned about can also be helpful to get more information.”

Henry also encourages parents to sit down with their sons outside of meal time and ask them about their goals for working out more and/or why their behaviors are shifting. “Openly ask them if they are reducing calories, restricting food, or more concerned about their bodies than they previously were,” she says. “Then if any answers hit an alarm button in your gut, reach out to your local doctor.”

Teachers are in a unique position to observe regular, daily behaviors in a way that even caretakers may not. Because of this  powerful insight, teachers may also be among the first to notice shifts that could indicate an issue with food, exercise, or weight.

Former high school teacher and current Director of Lived Experience at Equip, JD Ouellette  emphasizes it's important for teachers to be aware that many kids prone to eating disorders may have a temperament that is high-achieving, which can lead to excel in academics, athletics, art, and more. “So paying attention to this population is important,” she says. “Unfortunately, they are often overlooked due to their achievements, even when they are quite ill.”

Paying attention to changes in students' mood and demeanor may reveal clues about any potential problems, and Ouellette says demonstrating curiosity about those changes in a non-judgmental way can be a starting point for conversation. “For example you can say, ‘I notice you aren't hanging out with X, Y, and Z as you used to — is there something going on you can share with me?’” she says. “I use this example because isolating from peers is a common early symptom of an eating disorder. A student's reaction to caring questions can be informative.”

Oullette ads that “with all of this said, the best thing you can do is to reach out to the parents to share your concerns, encourage them to see their medical provider and include the information that anosognosia (lack of insight/not understanding they are sick) is common in eating disorders,”

“Supporting a sibling who has an eating disorder is unique for each brother and sister,” says Equip Community Advisor Kym Piekunka. “But there are two ways you can get started today: 1) Learn about your sibling's eating disorder. When you don't know the facts, your mind can create scary scenarios. Learning about the illness will help you better understand some of your brother or sister's experience and their behaviors. It will remove the terrifying thought that you are somehow to blame and you will have a better idea of what to expect. 2) Find support! It could be a parent, teacher, aunt, or therapist — anyone you trust. Your parents may not have the same time for you and while you understand, that can feel lonely. Having someone validate your experience and help you discover coping tools will be invaluable.”

Mixing personal and professional dynamics may seem likely to result in a thorny situation, but Oullette says confronting a coworker about a potential eating disorder can be done in a way that’s sensitive and thoughtful. “This is definitely tricky territory and so much will depend on closeness to this co-worker and level of visible impairment,” she says. “If you feel you can or must say something, be mindful of timing, the setting, and your demeanor. It might also be important to involve human resources if you have a strong safety concern for your co-worker.”

Like teachers, athletic coaches often have the opportunity to closely observe kids’ daily behaviors. Moscoso says that depending on the age of the child, the coach may want to approach the student in question before going straight to the parents, but every situation is different. “Ask them simple questions with an observation, like, ‘hey, I've noticed that the past week you've been skipping the pre- and post- practice snack, how's your energy feeling?’ or something along those lines that gives the student the opportunity to open up,” she says. “If the concern is great, going to the parents would be the best next step.”

Henry says she wishes the coaches in her son’s life had taken more proactive measures when they noticed her child was starting to exhibit changing behaviors. “Contact the parents immediately as you are a trusted adult in our child's life!” she says. “Unfortunately, after we admitted our son to the hospital, we reached out to his coaches and asked if they had noticed any shifts as they were with him at most meal times while traveling around the U.S. We were then told they had noticed him eating half sandwiches with the team, less chips, no deserts, [and that he was] quieter. We also then gave our coaches detailed info on EDs for them to look for in their players.”

Words of Wisdom for Anyone Preparing for Tough Eating Disorder Conversations

Initiating a conversation about eating disorders with anyone in your life may be challenging — but there are some overarching principles that may help make the discussion more productive.

“Eating disorders are generally ‘ego-syntonic’ which means that individuals with EDs often do not want to change their behaviors,” Kollander says. “Approaching someone you are concerned about nonjudgmentally, with objective things that you are noticing, and with appropriate resources can help get folks evaluated and, if need be, treated.”

Moscoso adds that these conversations can be enlightening and educational for everyone involved. “Having these conversations about disordered eating can be intimidating!” she says. “Maybe you've never had to talk about this before or it makes you really uncomfortable and that's totally valid.It can be just as powerful to ask meaningful and respectful questions and show the other person that they matter.”