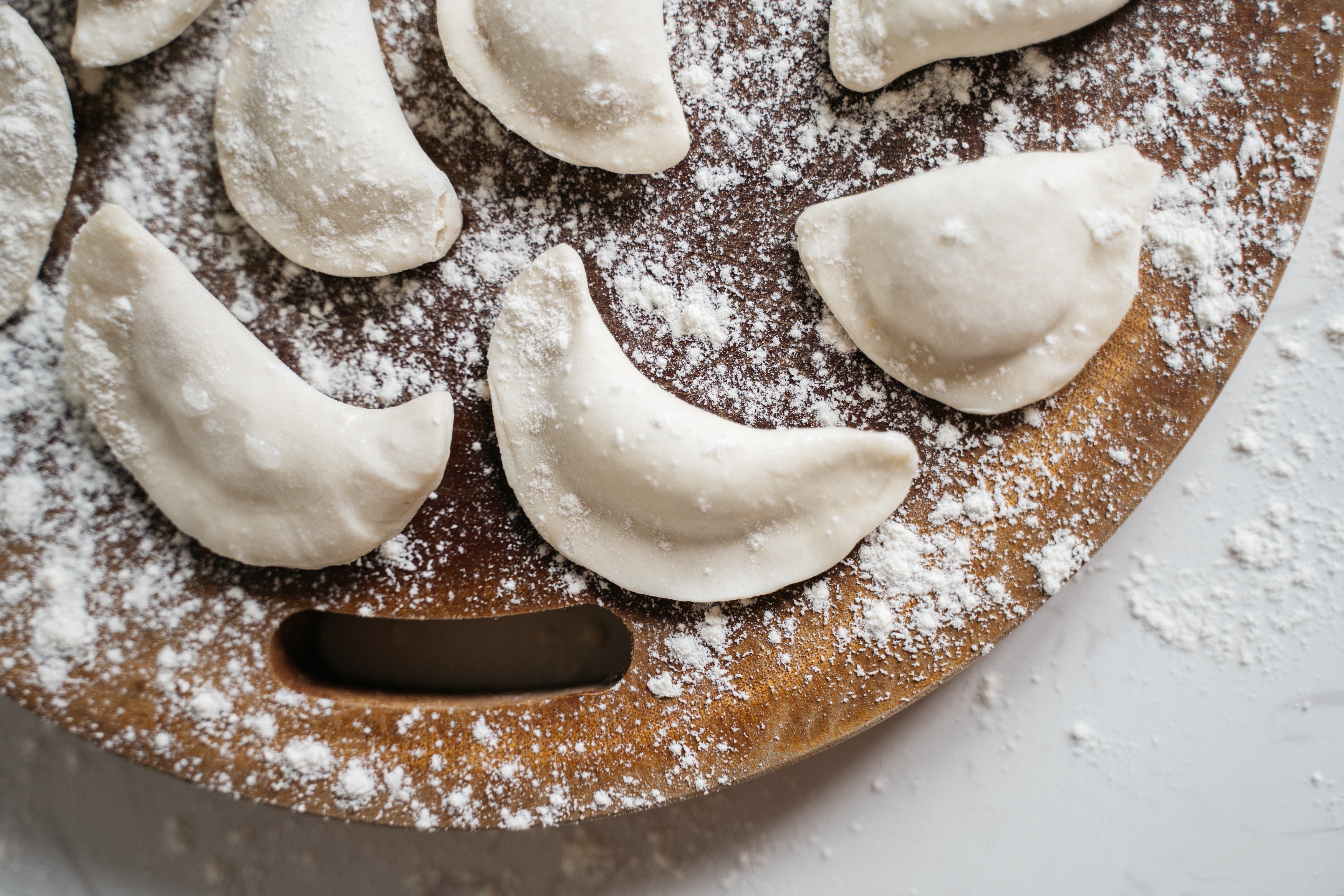 Growing up, Equip Peer Mentor, Grace Sung Un Kim, saw her family face an abundance of obstacles. One point of attempted comfort, however, came in the form of food. “As the daughter of non-English speaking, Korean immigrants who physiologically experienced famine post-Korean War and then poverty immigrating to the United States, food has always been a love language that eclipsed cultural and linguistic barriers,” she says. “The plates full of triangular cubes of chamoe 참외 (Korean melon) are tantamount to a million ‘I love yous’ never verbally expressed.”

Grace’s experience of food as a cultural love language isn’t uncommon, but her eventual diagnoses with binge/purge subtype of anorexia (which involves restriction and purging) and Other Specified Feeding and Eating Disorder (OSFED), may come as a surprise to those unfamiliar with the existence of eating disorders in the Asian American and Pacific Islander (AAPI) community.

According to the National Alliance on Mental Health (NAMI), the AAPI community encompasses about 50 ethnic groups speaking over 100 languages, with connections to Chinese, Indian, Japanese, Filipino, Vietnamese, Korean, Hawaiian, and other Asian and Pacific Islander ancestries. And while it’s impossible (and harmful) to generalize about such a diverse group, it’s important to recognize the shared challenges and barriers to eating disorder care that members of the AAPI community face.

For Grace, complex ideals within her community and a lack of awareness of those ideals outside of it made acknowledging and treating her eating disorders difficult, at best. She says that during the course of her illness, she received problematic messages from friends and family that inadvertently reinforced her behaviors. “Bingeing in public was praised as an act of reverence toward my parents,” she says. “I responded accordingly to their urgency to feed me every morsel, and from the outside, I was the model daughter obediently consuming every bit of my parents’ lovingly cooked meals. Yet, unbeknownst to my community, that obedience cost me an eating disorder.”

There are many reasons people like Grace from AAPI communities may be uniquely predisposed to eating disorders (and we’ll explore the possible factors below). But according to Norman H. Kim, Ph.D., co-founder and principal, at the Institute for Antiracism and Equity and the deputy director of Ayana Therapy, widespread perception of AAPIs as “foreign” and pervasive forms of micro and macro aggressions
may one major contributor to the “ubiquitous experiences of chronic race/ethnicity-based traumas focused on ‘othering.’ He says these are “powerful and underrecognized risk factors for the development of eating and body issues for people from AAPI communities.”

What is the data around eating disorders in the AAPI community?

According to one study, Hispanic and Asian girls reported significantly greater body dissatisfaction than white girls and may be at greater risk for adopting eating disorder behaviors than previously recognized. Another study found that Asian American women specifically demonstrate higher rates of disordered eating than other women of color and comparable rates to European American women.

Furthermore, a brand new study published this past January found that Asian American college students reported higher rates of food restriction compared with their white peers and higher rates of “purging, muscle building, and cognitive restraint” (i.e. ‘the control over food intake in order to influence body weight and body shape’) than their white or non-Asian, BIPOC peers. The study also found that Asian American college students report higher levels of body dissatisfaction than their non-Asian, BIPOC peers. But if that’s the case, why aren’t more AAPI individuals seeking treatment — and what are the reasons for these observed higher rates?

There is no single genetic or environmental factor that guarantees a person will develop an eating disorder, but it’s known that a heightened perceived pressure to be thin and the idealization of thinness can be risk factors for disordered eating for any group. According to the aforementioned 2019 study, “Asian and Asian American cultures endorse a similar heightened value for the thin ideal as mainstream Western culture” and “women experience pressures to maintain or achieve thinness through multiple sources, such as the media (e.g., magazine advertisements), family members (e.g., parents encouraging weight loss), and peers (e.g., weight-related teasing).”

As far as Grace is concerned, the pressures around thinness in the Korean community are potentially even more intense due to internalized cultural beliefs. “Weight stigma and anti-fatness is pervasive in the Korean community so much so that Korean society has carefully calculated and capitalized modern cosmetic technology to market ideal bodily proportions and complexions into attainable cosmetic procedures,” she says. “The narrative around attaining beauty is not pathologized in Korea; rather it is valorized as a status symbol for the wealthy and shared strife for the middle class as a common, welcomed coffee-time conversation.”

Grace says that in her experience, her physical appearance was always considered an appropriate topic of conversation among her community. “The collectivist, interdependent Korean culture where filial piety and saving face is paramount, my body is my family’s business,” she says. “Body commentary — often expressed as a greeting — is not considered unwarranted or rude, it’s conveyed as an extension of deep affection and concern. This often disrupted my ability to eat intuitively, affected my ambivalent self-worth, and challenged my sense of developing individuality living in the American culture as an Asian American.” Grace says  that the size of her face — too big or too small — was often considered a relevant matter of discussion and the scrutiny was considered an extension of her family’s care and affection for her. “A completely different form of communication,” she says.

While there may be increasing awareness and critical examination of eating disorders in Western culture, Grace feels mental illness is still significantly misunderstood — and even praised — in AAPI culture at large. “While in the white community, an eating disorder warrants medical attention and a DSM diagnosis, in the Asian community an eating disorder is a cosmetic achievement,” she says.

According to a survey from the Substance Abuse and Mental Health Services Administration (SAMSHA), AAPIs are the most likely to say they avoid seeking mental health treatment because of confidentiality concerns and fear of neighbors’ negative opinions and are ​​three times less likely to seek mental health treatment than their white counterparts. NAMI’s take is that denial or neglect of mental health problems — especially among first-generation AAPI immigrants — may be the result of a lack of understanding about mental illness and a cultural stigma associated with mental health issues. The organization also points out that “shame” and “loss of face” are important factors to consider when understanding why so few AAPI people seek out mental health care.

“The ability to receive treatment and diagnosis comes at the cost of physiological and academic consequences,” Grace says. “My parents were able to accept and conceptualize the imminent threat an eating disorder had on my life after they witnessed me on a 5150 hold
[a section of the Welfare and Institutions Code that allows a person with a mental illness to be involuntarily detained for a 72-hour psychiatric hospitalization], failed out of university, and went to residential treatment — all things I myself sought out with the help of providers, not my parents – another barrier made impossible when my family has Medi-Cal/Medicaid.”

Kim says that to simply provide a proper diagnosis and deliver adequate treatment, the medical community needs to be attuned to the diverse AAPI communities they’re serving. “Recognizing and providing appropriate and adapted care to people in the AAPI communities who are struggling with eating disorders necessitates that clinicians and other carers understand the unique confluence of factors which can impact the presentation of eating and body issues,” he says.

The “model minority myth”, which is rooted in the stereotype that Asian Americans are universally “studious, successful, smart”
and pits people of color against one another is an important concept to grasp in   the systemic racism and internalized pressures Kim references. The As Sarah-Soonling Blackburn wrote in a Learning for Justice article, “the model minority myth erases the differences among individuals,” “ignores the diversity of Asian American cultures,” and “operates alongside the myth of Asian Americans as perpetual foreigners.” It also delegitimizes the racism AAPIs face.

“As Asians have historically been largely absent from conversations about the myriad consequences of systemic racism and its impact on health care and peoples’ well being, in part due to fallacious ideas like the model minority myth, it is imperative that we not lose our momentum in attempting to improve our systems for more culturally relevant and intelligent care,” Kim says.

While there is still so much that is unknown and unstudied about the prevalence of eating disorders in the AAPI community including the distinct sociocultural and psychological forces driving them, Grace believes increased awareness may help AAPI folks struggling with eating disorders understand they are inherently worthy of support and help, even if their direct community is unable to show up that way.

“For those in the AAPI community, or who are children of immigrants who watched their parents struggle and often assumed  the role of parenting themselves, who felt shame for asking for help and shaped themselves to be fiercely independent: you are allowed to have others help and love you in your eating disorder,” she says.