Grandparents Can Be Key to Eating Disorder Recovery. Here’s How to Involve Them. 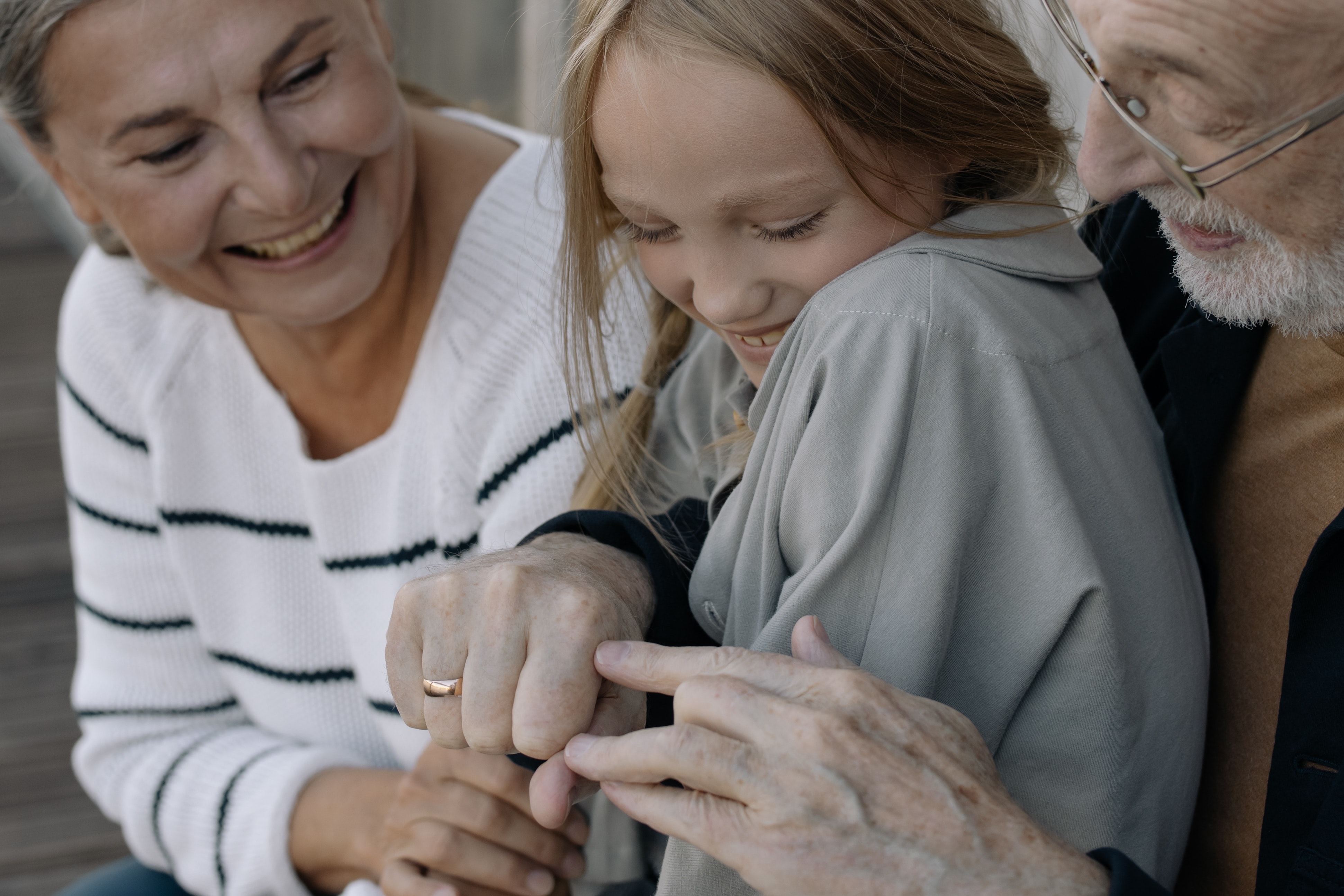 Anyone familiar with family-based treatment (FBT) knows the invaluable role parents can play in eating disorder recovery. But moms and dads aren’t the only family members who can offer life-changing support to a child or teen struggling with disordered eating. FBT is the evidence-based treatment that’s effective for every young person with an eating disorder, and that means it’s for people from all types of households and family configurations. While anyone’s chosen family can be brought into treatment — siblings, cousins, guardians, etc — for many, including grandparents in the process is a vital step on the road to recovery.

Equip peer mentor Makailah Dowell says her grandmother’s involvement was essential not only to her eating disorder recovery,  but also her upbringing and development. “For some of us, grandparents have to be more than weekend visits, baking cookies, and spending time on the holidays; they have to be our sole guardians, our back-up parents, our only providers,” she says. “That was the case for me, anyway. My grandmother raised me, as a single parent at the age of 40. My grandmother helped me tie my shoes, graduate 8th grade — and battle an eating disorder. She is there for every moment in my life, big or small..”

But even in those cases where the grandparent isn’t a child’s primary caretaker, grandmothers and grandfathers can still play an active — and crucial role — in the family’s collective fight against an eating disorder. Here’s what experts and those with lived experience have to say about the benefits of bringing grandparents into the eating disorder treatment process.

The benefits of involving grandparents in eating disorder recovery

There are myriad ways to show support in the recovery process, and each friend or family member involved brings something different to the table. Given their life experience, relationship to the patient, and individual personality traits, grandparents may offer specifically unique contributions and insights to the treatment journey.

“Grandparents have a very unique perspective,” Dowell says. “They are able to reflect on a life full of memories of raising their children, which provides this understanding and knowledge. They provide a comfortable environment, understanding the culture of meals within the home, and simplicity of knowing you.”

Equip Co-Founder, COO, and Chief Clinical Officer, Erin Parks, PhD, says families who bring at least one grandparent into the treatment process often thrive. “If you haven’t invited your parent — the child’s grandparent — to participate, and they’re alive and live near you, think about why you haven’t, and then think about what the benefits could be of bringing them in,” she says.

Parks believes there are two specific reasons the support of grandparents may be particularly important in recovery. The first reason is rooted in logistics — simply having another willing and able participant can lighten the load for other caretakers. “It means having another adult that you can help tag in and tag out,” she says. “You don’t have to do every school pickup, you don’t have to be in charge of every dinner. It’s someone else who can learn to help you meal plan, to go grocery shopping, to help make calorically dense food or more frequent food. Having another body to supervise meals or supervise after meals…It can be really nice to have an extra adult to pass the baton to.”

(Dowell echoes this sentiment, explaining that because grandparents can help with meals and chores, they “are like backup quarterbacks for the family. My own grandmother would like to consider herself Tom Brady 2.0.”)

The second reason Parks recommends including grandparents is to get all family members on the same page so there are no hiccups or miscommunications in the treatment process. “If they live in the vicinity and you see them frequently, it’s easier to bring grandparents into treatment than to police them,” she says. “As parents, you end up in the game of telephone, i.e. ‘the therapist said this, I’m going to tell it to my mom,’ and then ‘why does my mom keep saying the wrong thing at dinner?’ Bring them into treatment. If they’re going to be around anyway, don’t put yourself in the role of playing telephone. It’ll weaken your relationship with your parent.”

Equip family mentor Kristi Humston believes the role of grandparents extends beyond practical contributions and into the emotional realm. “It's less about any one thing grandparents may do and more about why grandparents can be so effective,” she says. “Grandparents tend to reflect the purest form of unconditional love. They already know the child well — and the child may trust them even more than their own parents, especially in the thick of an eating disorder! There's a natural bond that isn't easily replicated or broken, and grandparents often have mastered the art of just listening or sitting comfortably in silence.”

Not every family includes grandparents who are educated about eating disorders or mental health — that’s understandable. Parks says it can still be hugely beneficial to loop these family members into the recovery process. “I’ve had people say, ‘Oh the grandparents are from a different generation, they’re not gonna be able to learn this stuff and they’re not gonna get into anti-diet culture,’” she says. “I always say, ‘Give them the benefit of the doubt!’ Bring them to treatment even if you think it’ll be a disaster. Worst case scenario, they’ll be exactly where they are now. Best case scenario, you have someone you can tag out to, and you can lean on them instead of being their teacher.”

How can families include grandparents in eating disorder treatment?

Trying to figure out how to bring grandparents into the treatment process may be tricky for some families — particularly in scenarios where the older adults don’t seem to understand the complexities or seriousness of disordered eating. Dowell says that simply sharing information and initiating a conversation can go a long way.

“It can begin with looking through resources like Equip’s blog and FEAST’s user-friendly website, and having conversations as a family about the disorder. The more we communicate about something that seems foreign, the less foreign it will become,” she says.

If bringing grandparents into the recovery process still seems difficult or unrealistic, it may be helpful to start with small, actionable tasks that have the potential to lead to greater involvement as time goes on. “They can help to supervise a snack, school lunch or occasional meal so parents may attend to other needs,” Humston says. “They can offer a space for normalcy while playing a game, going fishing, or watching a movie. They can start a welcomed conversation that has nothing to do with food, clothing, appearance, or exercise. And they can send a simple note of encouragement, make a favorite dish of the family — secretly filled with as many calories as they can dream up — and love a little extra on the siblings who are desperately craving some attention.”

And if the thought of organizing a formal family meeting to discuss the future sounds overwhelming or exhausting, consider just picking up the phone and seeing where that leads. “Families can start by a simple phone call,” Dowell says. “Reaching out for help is hard, but understanding you need that help is key to making treatment possible. Grandparents can help with preparing meals, supervising on days that you need a break, and also just being an ally during a time of hardship.”