Transgender People May Be Significantly More Likely to Have Eating Disorders. Here's Why. 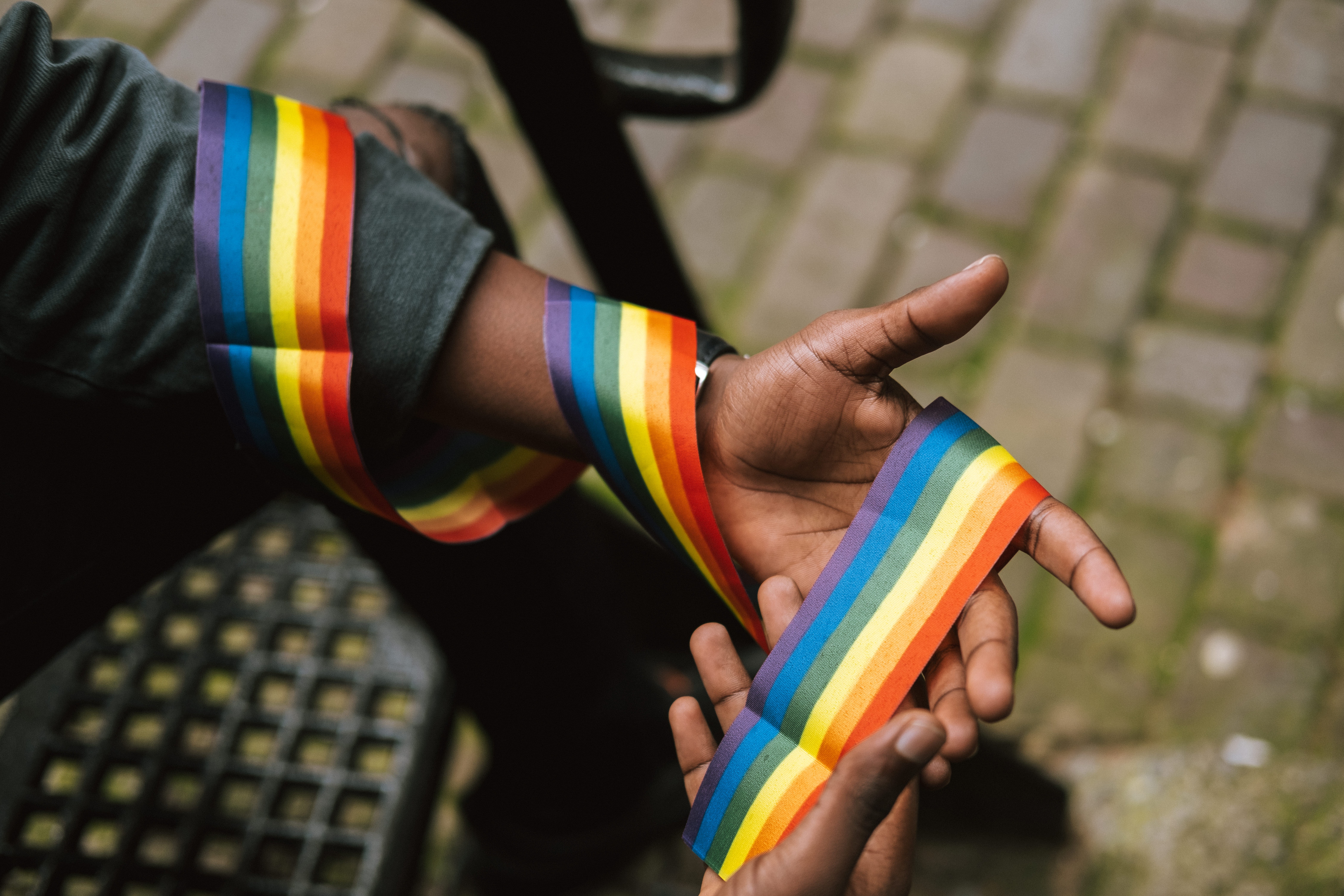 As a society, we’re slowly waking up to the fact that eating disorders don’t discriminate — and that certain populations may be particularly prone to developing them. We know that members of the LGBTQIA+ community are more likely to develop eating disorders than their cisgender heterosexual counterparts and face a slew of unique challenges in diagnosis and treatment. But even as we begin to recognize the reality of who gets eating disorders and why, myths still abound — and many of them stem from stereotypes about gender. Eating disorders don’t just affect cisgender women and girls While there are inconsistencies in the literature and a need for a larger body of research, transgender individuals are very much at risk for diseases like anorexia nervosa, bulimia nervosa, binge eating disorder, and more — and they may be much more at risk than most people realize, with one commonly cited paper reporting that trans people are four times more likely to experience these illnesses than their cisgender counterparts.

“There is a wide variation in the medical literature concerning the actual prevalence of eating disorders among transgender youth, so we don’t quite know the actual statistics,” says Jonathan Avila, MD, an adolescent medicine physician and clinical assistant professor at Stanford University, where he is an attending physician in both the gender clinic and the eating disorders clinic. “But we do know – both from clinical experience and several studies – that it is definitely much higher. Depending on the study you use, the range goes from twice as high to up to 18 times higher. So the true number is probably somewhere in that range.”

One statistic that’s often cited: transgender students are over four times more likely than their cisgender female counterparts to report an eating disorder diagnosis like anorexia or bulimia, and two times more likely to report eating disorder symptoms like purging. A 2013 survey of high schoolers found similar results, indicating that transgender students were “nearly three times as likely than their cisgender peers to restrict eating, almost nine times as likely to use diet pills, and seven times as likely to use laxatives to control their weight.”

Gender dysphoria - which is described as significant distress, discomfort, or misalignment with one's gendered body experience - can cause increased risk for the development of an eating disorder. This underscores the importance of screening for eating disorders when assessing for gender dysphoria, and vice versa. This screening can help identify opportunities for early intervention by utilizing therapeutic modalities and/or medical transition, when desired. Common predictors for eating disorder behavior in transgender people include rigid appearance ideals, minority stress, discrimination, increased rates of food insecurity, and increased rates of trauma. Similarly, protective factors – or what we refer to as resilience factors – vary greatly and can be heavily influenced by access to resources and social support which may look different for a Black transgender woman living in a rural area and a white non-binary person living in an urban area.

Especially in adolescent populations, gender dysphoria often goes untreated because teens are dependent on their caregivers for treatment. This paradigm can create complexities if a child or teen is afraid to disclose their gender identity to their parents or family, or if their caregivers simply don’t have access to pediatric gender centers. “When you don’t have someone to advocate for you, or you don’t feel comfortable talking to someone who can advocate for you, and you have raging gender dysphoria, you’ll try to treat your suffering through whatever means you can,” Avila says.

By Avila’s reasoning, eating disorder behaviors — when present out of a desire to align someone’s body to their gender identity or to prevent the development of secondary sexual characteristics not aligned with their gender identity – can put people with gender dysphoria at a significantly increased risk of developing anorexia nervosa or bulimia nervosa.

“But there are other reasons trans youth may engage in disordered eating, such as controlling their weight as a means of asserting control when their lives feel out of control,” Avila says. “Or using increased food intake or food restriction as a means to cope with negative feelings, which are more common in persons suffering from untreated dysphoria.”

For Equip senior peer mentor, Hayden Kapalka, self-acceptance was a difficult but essential component in both eating disorder recovery and personal growth. “A critical part of healing from my eating disorder was accepting and embracing that I am trans,” Kapalka says. “I never realized that a major piece of my body image distress was actually gender dysphoria and that I was using behaviors, not just as a coping skill, but as a way to change the shape of my body to feel more affirmed in my gender identity.”

According to Kapalka, limited knowledge in the medical community about how to navigate trans and gender dysphoria issues can be a big impediment in someone’s ability to get the help they need. “Sadly, a challenge that I have heard many TGNCI [transgender, gender nonconforming, and intersex] folks face is a lack of education from providers about the intersections of gender-affirming care and eating disorder recovery,” Kapalka says. “An example of this is cisgender providers gatekeeping gender-affirming medical letters for clients because the provider believes that the desire to have a gender-affirming surgery is perpetuated by the eating disorder.”

Gender-affirming care is something many cisgender individuals may not know about: it’s a type of health care that holistically attends to the needs and physical, mental, and social well-being of trans individuals while “respectfully affirming their gender identity,” according to experts. This kind of specific, comprehensive care is critical, because trans and gender diverse (TGD) people have been shown to experience significant health disparities rooted in discrimination, lack of access to care, and existing biases in the medical community. As Kapalka points out, health care providers who aren’t specifically trained in TGD issues may make life-altering decisions for patients that aren’t informed or sensitive.

What are the most dangerous myths around EDs in the trans community?

“Minority groups experience more adversities,” Avila says. “A common (although often not the most effective) coping mechanism for someone suffering from daily or almost daily microaggressions and microtrauma – as is the case for many of our transgender youth — is food.” It is important to understand that witnessing a loved one eating does not negate the possibility that they may be restricting their food when alone. Additionally, while increasing food intake may be a coping mechanism to deal with constant stress, restriction of food may also be a coping mechanism. Hormone regimens may cause increased appetite for some, and many people may restrict in an effort to feel control during this first or second puberty, and to attempt to modify their body size or shape in a way they feel is congruent with gendered appearance ideals.

There’s a more dangerous myth about eating disorders in the trans community as well: the false belief that treating a person’s eating disorder will eliminate gender dysphoria. “It’s a terrible myth because it invalidates a whole other condition someone is suffering from which can potentially worsen as it remains untreated!” Avila says. “It is true that some disordered eating behaviors may be minimized or cease once the proper treatment is given. For example, someone who is losing weight intentionally to stop menstrual periods because their periods cause significant psychological distress may stop engaging in their disordered eating behavior because their end goal of menstrual suppression is now being addressed through medical intervention. However, if their disordered eating behavior is part of psychopathology, stopping their periods will not treat their psychopathology, and they’ll continue to engage in the disordered eating behaviors even though their menstrual dysphoria is now appropriately treated.”

What can be done to help trans people cope with eating disorder risks?

Research has shown that support from family, friends, peers, and more can play a major role in significantly reducing the odds of developing disordered eating, and Avila says finding that support is crucial. “Treatment of gender dysphoria with hormonal interventions also decreases those risks,” he adds. “Those findings suggest that untreated gender dysphoria — the lack of social interventions such as acceptance of your identity by family/friends and your social circles in general and/or the lack of medical interventions (when needed) – is a major risk factor for the development of disordered eating, which can then develop into an eating disorder.”

Another essential step in improving the landscape of diagnosis and care in the trans community is to educate medical providers and increase awareness of trans-specific issues. “Because early recognition of any condition is very important and because there is a high degree of intersection between body dysmorphia and gender dysphoria, our healthcare provider community should be particularly sensitive to screen for gender dysphoria in individuals with an eating disorder, and to screen for eating disorders in individuals with gender dysphoria,” Avila says. Recommended screening measures include the Gender Identity Reflection & Rumination Scale (GRRS) for gender dysphoria and the Eating Disorder Examination Questionnaire Short Form (EDE-QS) for eating disorders.

As experts and advocates continue to pave the way for more comprehensive, informed, compassionate care for the trans community, it’s critical for our society to start recognizing and respecting the spectrum of issues all individuals face in the fight against eating disorders. Keeping the dialogue open and honest is a goal we should strive for not just during Pride Month, but all year round.