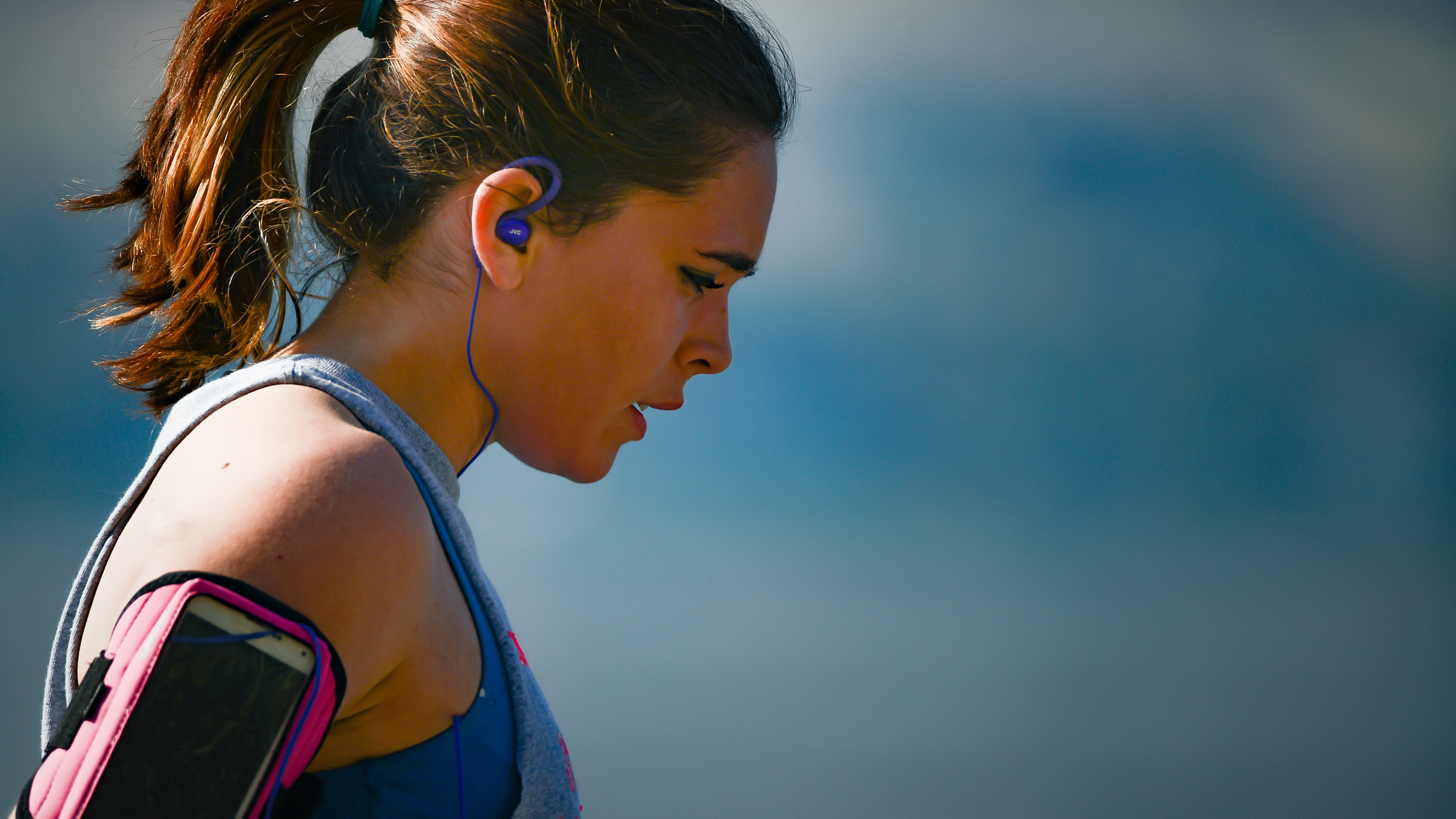 Katherine Hill, MD, knows exactly when she first became interested in understanding the complexities of eating disorders. Long before she joined Equip as VP of Medical Affairs, Hill was an NCAA Division I swimmer and pre-med college student. When the creator of a popular diet came to speak to her swim team about nutrition, his words of wisdom seemed to be riddled with red flags.

“He told us that in order to maximize our performance, we needed to minimize carbs and limit calories,” she recalls. “He gave us a calorie goal that was less than half the number of calories our bodies actually needed while swimming up to five hours a day at the elite level. Now, as a physician specializing in eating disorders, I know that this wasn’t just bad advice, but also potentially dangerous.”

Hill was studying human biology, and delved deep into the medical literature to confirm her intuition. “Even then, I realized that there was no way my body could survive on so little nutrition while expending so much energy,” she says. What she discovered in her research was an alarming but pervasive myth: study after study said that swimmers were not at risk for eating disorders because they tended to be a “normal” weight.

“Of course we know now that this is not true and eating disorders can affect anyone regardless of body size,” Hill says. As she became more interested in the topic, she discovered that many of her friends, also athletes, were struggling with similar pressures to achieve an “ideal” body for their sport. This pressure, in turn, was often pushing them to disordered eating behaviors like restricting and purging.

While experts have come a long way in better understanding the complexities of eating disorders in the world of athletics, outdated and erroneous stereotypes persist, both in the medical field and our culture at large. Here’s what we now know about eating disorders in athletes — and how parents, coaches, and loved ones can spot warning signs early.

What are the specific eating disorder triggers and challenges athletes face?

While the research Hill first unearthed in college falsely indicated that athletes were somehow “protected” from these illnesses, the science now reveals that eating disorders can affect anyone — and athletes may in fact face some distinct risk factors.

“We now understand that athletes in all sports can be at risk for disordered eating and eating disorders,” Hill says. “The same traits that make someone a great athlete — like having perfectionistic tendencies and the ability to push through discomfort — may also predispose them to eating disorders. Athletes tend to be very driven and motivated, and willing to do just about anything to improve their performance, which might include adopting restrictive eating habits that can quickly morph into a more serious eating disorder.”

Jenny G. started running competitively in high school and went on to run D1 college track and cross country before competing in marathons throughout adulthood. “Until I turned 25, I had severe undiagnosed food allergies. Combined with the dependency of my racing performance on feeling in command of my body, that led to a complex relationship with food throughout my formative years,” she says. “During my time in the sport and across friendships I've developed, I’ve also seen the drive athletes possess work against them in a self-destructive cycle: they believe that ED behavior will benefit their performance in the short term, and fail to see the impact it will have on both their athletic career and long-term health and happiness. Once someone is in this cycle, the addictive traits of an ED combined with the win-at-all costs mentality becomes hard to escape from.”

Megan Hellner, RD, a former competitive athlete and Equip’s Head of Nutrition & Physical Activity Research, says she’d been treating eating disorders for a number of years before she realized that a significant portion of her patient population were either recreational or competitive athletes. “Eating disorders are sopervasive among athletes, and I began to feel like it was my responsibility to learn more about their unique needs and challenges,” she says.

While the numbers vary between studies, research suggests eating disorders affect as many as 62% of female athletes and 33% of male athletes. According to Hellner, it’s generally accepted that there’s a higher rate of eating disorders among athletes in weight-sensitive sports (i.e., where leanness offers a competitive advantage) like ballet, wrestling, cross-country, and figure skating. What’s less well-known, she says, is that this risk persists in sports where weight is less important. “While it is true that risk is highest in weight-sensitive sports, athletes across all types of sports are at an increased risk for eating disorders,” Hellner explains.

“It’s important for parents, coaches, trainers, and medical providers to be aware that it’s not just athletes in ‘leanness sports’ like gymnastics or cross-country, who get eating disorders,” Hill says. “Athletes of any gender, any body size, and any sport can and do get eating disorders. I regularly see eating disorders get missed in male athletes, in athletes who aren’t thin, and in athletes in sports like water polo or baseball that are not traditionally thought of as having weight pressures.”

Indeed, while aesthetics and weight requirements can play a role in increased eating disorder risk, but, as NEDA points out, athletes face a variety of other specific risk factors: a singular focus on achievement and performance over well-being, perfectionism, competitiveness, and the constant spotlight on what your body can and can’t do. All of this, regardless of the specific sport, can create an environment where an eating disorder thrives in those who are predisposed to developing one.

For athletes who menstruate (or have menstruated), the culmination of these factors may result in a particularly dangerous diagnosis known as the Female Athlete Triad, which includes disordered eating, amenorrhea (loss of menses), and osteoporosis. While each of these conditions can be serious on their own, when all three appear together, they can have long-term health consequences, including hormone imbalances and low bone density.

Is it harder to identify eating disorders in athletes?

While the traditional eating disorder signs and symptoms can  be difficult to spot in any individual, they can be particularly challenging to identify in athletes. This is because the hallmark thoughts and behaviors of eating disorders are frequently celebrated as “dedication” to their sport and physical health.

“Athletes are often seen as the epitome of health,” Hill says. “Many of the first signs of eating disorders, like irregular periods, stress fractures, or bradycardia (slowed heart rate) are often dismissed as being normal or expected in athlete populations.”

Jenny believes that for many unfamiliar with the intricacies and pervasiveness of eating disorders, it’s difficult to make sense of the idea that these illnesses can co-exist with the kind of high-level achievement athletes may demonstrate. “I’ve seen many high school runners excelling at both sport and school. It can be hard to reconcile these markers of success with a dangerous disorder,” she says. “When a child appears to be succeeding by these metrics of success society has defined, the idea of intervening may feel counterintuitive to caregivers.”

Hellner says that athletes are often incentivized — explicitly and implicitly — not to speak out or seek help for struggles with food and body issues for a number of reasons: shame, lack of awareness, a feeling of loyalty or obligation to their coaches, concerns around privacy, and more. “So much of the athlete’s identity is wrapped up in performance/achievement, and fitting with expected appearance standards is part of that,” she says. “It can be challenging to divorce the two, and to recognize their worth beyond their identity as an athlete.”

Although the numbers indicate that athletes are at an increased risk for developing eating disorders, these illnesses are far from inevitable. Coaches, parents, loved ones, and peers can have a major impact in helping prevent them.

Jenny says she believes coaches in particular play an integral role in supporting healthy behaviors, and should be included in education and resourcing around eating disorders from the start. She explains that it can be deeply fraught for a friend and teammate to voice their concerns, as these concerns exist in the context of comparative performance and competition with one another. Because of this complexity, she says, the role of coaches and other adults becomes even more vital. “This is a place where I believe there is incredible opportunity in educating coaches to instill the importance of fueling your body, and working with the parents when their athletes are exhibiting concerning behavior,” she says.

For coaches or educators who are unsure how to broach such a delicate topic with either students or parents, Hellner offers some advice. “Consider approaching the athlete privately, and refrain from making accusations, assumptions and comments around weight or shape,” she says. “It may be helpful to share specific examples to illustrate your concerns. In an effort to leave the door open, ask for permission to revisit the conversation in the coming weeks and months. Encourage the athlete to reach out to their support system to share their struggles as well, if they're comfortable.”

In addition to any necessary medical, psychological, nutritional, and/or emotional support, families may want to seek out groups or resources tailored to athletes. “To an athlete, often their sport isn’t just something they do, but a part of their identity — and eating disorders can sometimes require a temporary hiatus from their sport, which can lead to a lot of soul-searching and identity questioning,” Hill says. For just this reason, Hill notes, it was important to launch athlete-specific support groups and educational groups for patients in treatment with Equip.

“This population truly is unique in so many ways,” says Hill. This uniqueness can sometimes make eating disorders more difficult to identify, and can present unique challenges on the path to recovery — but it doesn’t change the odds of crossing that life-changing finish line.