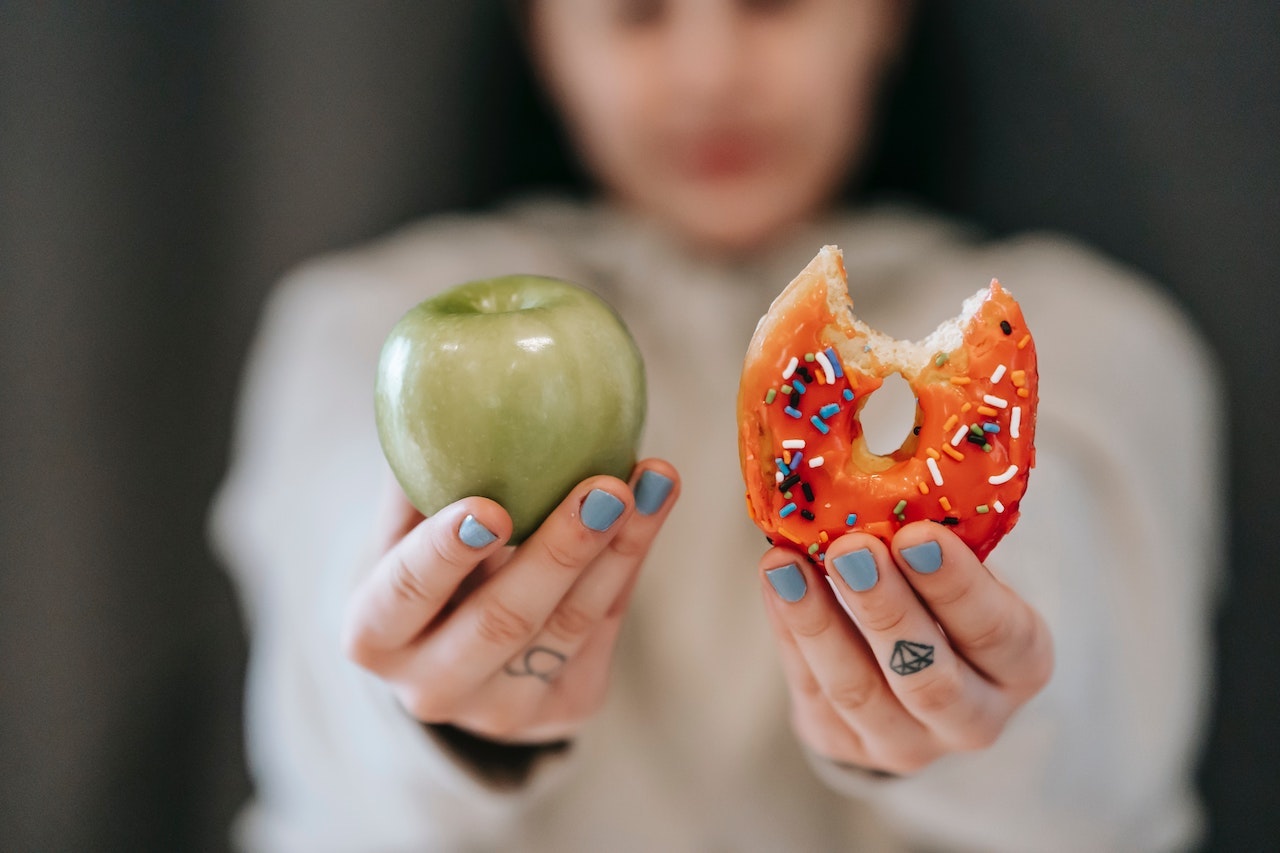 If you’ve spent any time in the world of eating disorders, you’ve definitely come across the term “diet culture” a few times. There’s a reason for that: diet culture is a powerful force that affects all of us, whether we realize it or not, and challenging it is a big part of recovery. But what is diet culture, anyway? Read on to understand what, exactly, we mean when we talk about diet culture and more details about the connection between diet culture and eating disorders.

At its highest level, diet culture is a system of social beliefs and expectations that values thinness above all. This system equates having a thin body with being healthy—and, consequently, assumes those in larger bodies are unhealthy—and puts the pursuit of thinness on a moral pedestal. In other words, if you’re not thin or aspiring to be so, diet culture works to make you feel less worthy, guilty, or even oppressed.

This emphasis on thinness and body size trickles down to judgments about food and exercise. Within the paradigm of diet culture, certain foods and ways of eating are “good,” others are “bad,” and straying outside of these parameters is shameful. Diet culture also promotes excessive and rigid exercise routines, and may judge those who work out less or differently as “lazy.”

According to NEDA, some of the core tenets of diet culture are:

Equip dietitian Emily Tauschek, RDN, CN, describes some of the specific ways that diet culture exists in everyday life: “Diet culture shows up as complimenting someone’s weight loss, telling someone they don’t look fat—which implies that being fat is a bad thing—and normalizing disordered behaviors like coffee for breakfast or second-guessing hunger by drinking water first, because ‘you may just be thirsty, not hungry.’” Some other examples of diet culture include food packaging or descriptions that implies a food’s moral value (“healthy,” “guilt-free,” etc), the idea that food is “earned” through exercise or physical activity, restrictive diets masquerading as not being diets (Noom, Whole30, etc), and photoshopped images on social media, among many others.

How Big of a Problem is Diet Culture?

Diet culture is everywhere, permeating all industries, and when you look at some numbers, it becomes clear why: an estimated 45 million Americans diet every year, and our country spends upwards of $30 billion on diet and weight loss products annually. This means that the diet industry is massive, and benefits by convincing us that our bodies aren’t okay as they are—that we need to continually consume media and products that will help us become smaller. For the industry to continue being flooded with money, more people need to feel unworthy; and to make people feel unworthy, diet culture needs to spread.

It might seem easy enough just to steer clear of weight loss products and diet content, but avoiding diet culture isn’t that simple. Diet culture is sneaky and takes on different forms, so many of us subscribe to and engage in some elements of it without even realizing we’re doing so. Most recently, diet culture has morphed into “wellness,” another system of beliefs that purports to have nothing to do with weight loss but, in fact, continues to value thinness above all. “In recent years, diet culture has been sneakily disguised as a ‘wellness’ or ‘lifestyle’ change,” says Tauschek. “But these ‘new’ diets still promote rigid eating patterns that ignore your internal hunger cues, have long lists of foods to always avoid, and endorse restricted intakes below your baseline energy needs.”

What’s more, social media makes diet culture more omnipresent than ever. “Diet culture is definitely not new, but it does seem harder to escape with the endless ability to absorb information through technology that connects all people to information and one another endlessly,” says Equip therapist Maddie Friedman, LCSW. “There’s so much information on the internet about health and weight that’s simply false, and it’s supported by a billion-dollar weight loss industry that depends on diet culture and weight bias.”

Diet culture can be overt (recommending someone lose weight) or covert (calling a shirt “flattering” when you mean it makes someone look thin); it can be measurably harmful (someone missing out on a job because of weight bias) or seemingly harmless (foregoing a snack because you’re going out to eat later); it can show up in pop culture (see: the Taylor Swift “Anti-Hero” kerfuffle) and in everyday life (see: food guilt after the holidays). It’s a chameleon with a thousand arms, and it almost certainly exists in your life whether you see it or not—and this matters, because diet culture does real harm.

What’s the Connection Between Diet Culture and Eating Disorders?

Before we dive in, it’s important first to note that even when diet culture doesn’t lead to an eating disorder, it is still harmful. Dieting rarely works—up to 95% of dieters regain the weight within a few years—but it can have serious and long-lasting consequences. For one, repeated cycles of gaining, losing, and regaining weight can increase the risk of heart disease and insulin resistance. Dieting also has negative cognitive effects, resulting in an obsession with food. What’s more, when you’re continually striving for an unachievable state (and being told left and right that you’re a failure for not achieving it), feelings of unworthiness, guilt, and shame aren’t far behind.

Cultivating Your Own Anti-Diet Culture: How to Push Back

Diet culture is so strong and ubiquitous that it can feel like gravity. But unlike gravity, resisting its pull isn’t futile: while the force of diet culture will likely continue to exist until we, as a society, can dismantle the industries and systems holding it up, for now there are things that wecan do to avoid being dragged down by it:

So, what is diet culture? It’s a seemingly inescapable force that strives to make us feel bad about ourselves and our bodies every day. But here’s what diet culture is not: it is not a life sentence; it is not an inevitability; it is not the truth. And as more of us become aware of these essential realities, we can continue to make its force ever weaker.