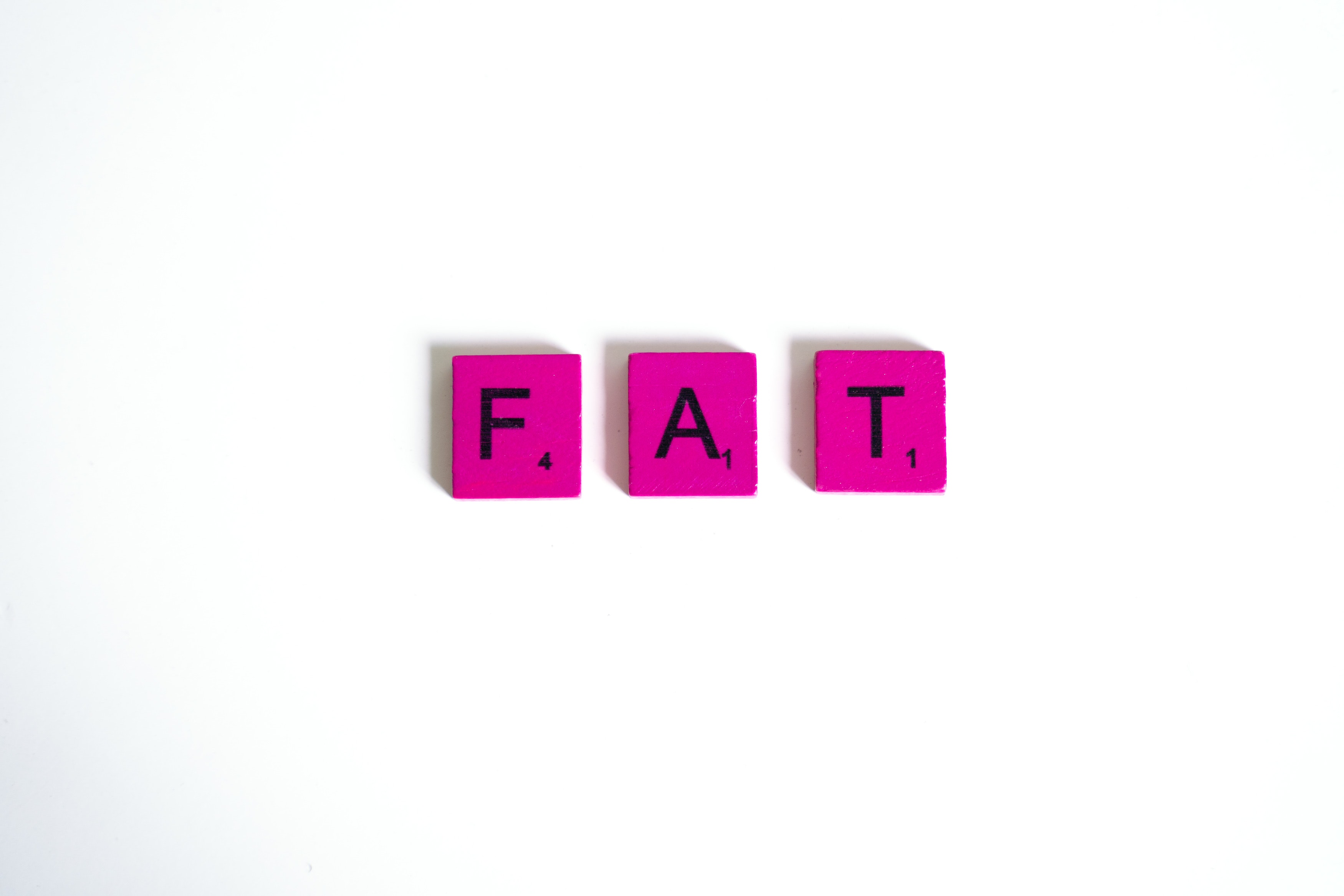 Over the past few months, there’s been a lot of conversation around alleged fatphobia in Darren Aronofsky’s new movie The Whale, in which Brendan Fraser wears a fat suit to portray a 600-pound man. It’s an important discussion, one worth getting into, but also made me think about how Hollywood as a whole tends to depict fatness, and why that depiction matters so much.

I started with a movie I think about at least twice per calendar year: a made-for-TV flick called To Be Fat Like Me.

Despite Kaley Cuoco’s best efforts, the film is (perhaps unsurprisingly) heavy-handed and patronizing, and includes one of the more infuriating and pervasive tropes in Hollywood: the plight of a fat person…portrayed by a thin person.

Cuoco’s popular character, Aly, is a high school softball star with a major chip on her shoulder: a mom who used Aly’s school scholarship money to pay for her own binge eating disorder treatment. Aly is so convinced that her mom and younger brother lean on their weight and food issues as excuses for their hardships that she decides to don a fat suit and document her experience in their shoes.

There are…so many things wrong with this movie. Not only is the premise rooted in a binary paradigm that equates thinness with universal beauty and fatness with, well, the opposite, but it’s another Hollywood production that revolves around a thin actor embodying fatness through prosthetics, makeup, and digital enhancement.

And because the values and ideals of Hollywood trickle down to society as a whole—especially young, vulnerable people looking to fit in—this persistent fatphobia contributes to the rising rates of poor body image and eating disorders.

The Problem with the “Fat Suit”

It’s not hard to think of other TV shows and movies that make a mockery of fatness. Friends fans remember “Fat Monica”, Courtney Cox’s character as seen in cringey flashbacks, who is consistently portrayed as “sloppy,” and “socially inept”. We can’t forget about the time the supermodel Tyra Banks decided to wear a fat suit to see how hard larger people have it. And it’s impossible to omit Gwyneth Paltrow’s plus-sized persona in Shallow Hal, in which fatphobia masquerades as a lesson in tolerance.

There are so many more examples of fat suits being used for a cheap, cruel laugh or ineffective morality tale, but the latest to make headlines is The Whale. The film drew attention before its official release, thanks to several minutes-long standing ovations for star Brendan Fraser along the festival circuit. But once The Whale officially premiered last month, critics were quick to find fault with it.

Fraser plays Charlie, a 600-pound man who struggles to reconnect with his estranged daughter and hides from his online writing students by teaching classes with his camera off. While director Darren Aronofsky has said the goal of the film was to “create a fully worked-out character who has bad parts about him and good parts about him,” writers like Popsugar’s Victoria Edel have questioned why a fat-suited Fraser was chosen to play the part: “If visibility was really one of the filmmakers' goals, wouldn't they have used someone whose weight is closer to Charlie's?” Everyone from iconic writer Roxane Gay to influential podcast host and author Aubrey Gordon have spoken out against the film, calling it “exploitative” and “extraordinarily disheartening,” respectively.

When I mentioned the controversial movie to my friend, author and pop culture analyst Erin Carlson, she didn’t sugarcoat her loathing: “The Whale is painfully out of touch, transforming Fraser’s character into a cautionary tale rather than a person worthy of respect, joy, and humanity,” she says. “It follows a terrible Hollywood tradition of hiring actors to wear fat suits in movies, then giving them a pat on the back—maybe even an Oscar nomination—for their ‘daring’ performances.”

The consensus seems to be that this should not be considered a progressive attempt at fat representation on screen.

An Industry Built on Appearance and Steeped in Fatphobia

I, like most millennials, first saw Elisa Donovan as Amber in the iconic 1995 movie, Clueless, but connected with her much more recently over, among other things, her dedication to promoting eating disorder awareness. When I asked her thoughts on the portrayal of fatness in film and TV, she didn't hold back.

“Being on television and in film in the ‘90s was a brutal time to be in front of the camera,” she tells me, referencing the “waif” aesthetic of the time and a culture of pushing eating disorders under the rug. But, she notes, this mentality certainly isn’t confined to the 90s, and the persistence of the fat suit is one sign of that.

“Hollywood's historic obsession with putting people in fat suits and then feeling proud of itself for being so inclusive and edgy and human just reiterates the focus on the exterior rather than the interior,” she says.“They’re still presenting bigger body size as a negative—as something to overcome, something the audience is supposed to feel some kind of pity towards. While empathy might be the intention, the result is anything but. It is exploitation and dehumanization of a very human experience.”

Despite its popularity in Hollywood, it’s worth noting that the fat suit isn’t always employed on Hollywood sets. But even when actors are encouraged to gain weight for their roles, the result is often offensive. When Renée Zellweger portrayed Bridget Jones, countless moviegoers questioned whether the still-thin actress was meant to normalize body hatred for anyone who lacked supermodel proportions.

The revolution will be televised…but we’re not there yet

“Entertainment has a big impact on both culture and what we focus on,” Donovan says. “Open up any web browser or go to any supermarket checkout counter and take note of what dominates websites and magazine covers: celebrities and weight loss content. Putting someone of a larger body size on a magazine cover and saying how ‘brave’ and ‘beautiful’ and ‘comfortable’ they are in their own skin is reiterating the narrative that being thin is the norm and what we should all be striving for. The insinuation is still that being skinny is the ideal.”

This, she says, speaks to our society’s underlying values—and because of that, we need a major paradigm shift. “Issues of this magnitude have to change on a fundamental level as a culture,” she says. “And to me, we seem very far from that kind of shift.”

All of this feeds into a seemingly inescapable diet culture, which, in turn, can contribute to poor body image and disordered eating. It’s true, however, that some progress has been made in authentic, thoughtful fat representation on screen. Fans of This is Us praised the show for casting Chrissy Metz in a leading role. Euphoria’s Kat, played by Barbie Ferreira, took ownership of her body in season one, proclaiming “there is nothing more powerful than a fat girl who doesn’t give a f—” and Ferriera shared that reclaiming the word “fat” made her feel empowered. Aidy Bryant’s Shrill, based on the brilliant book by Lindy West, has also been lauded for its authenticity and depth in portraying the fat experience.

These examples are heartening, but the truth is that they remain the exception rather than the rule—and in the meantime, fat representation on-screen may continue to be harmful. For parents wondering how they can protect their kids from the messages about bodies that these movies and TV shows send, Jen Derenne, MD Equip’s VP of Clinical Care Delivery, says it’s best to talk about it directly rather than censoring content. “Engage kids in conversation about what they are watching rather than restrict it outright,” she says. “There are certainly exceptions, but limiting access to content without adequate explanation or discussion tends to limit the development of critical thinking skills and encourages secrecy and hiding.”

There may not be an easy solution to this long-standing issue, but given the harm of diet culture and fatphobia, it’s worth addressing. As consumers, we can demand more diverse casting by voting with our dollars and views. As creators, we can let fat people tell their own stories and strive to depict people of all body sizes as being three-dimensional, complex humans. As parents, we can talk with our kids about what they’re seeing. And as viewers, we can look on the screen with a critical lens, using unfair and simplistic depictions to challenge not only Hollywood’s internalized beliefs about bodies and their value, but also our own.

A version of this article originally appeared on Katie Couric Media. 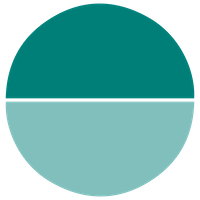