Everything You Know About the “Ob*sity Epidemic” May be Wrong 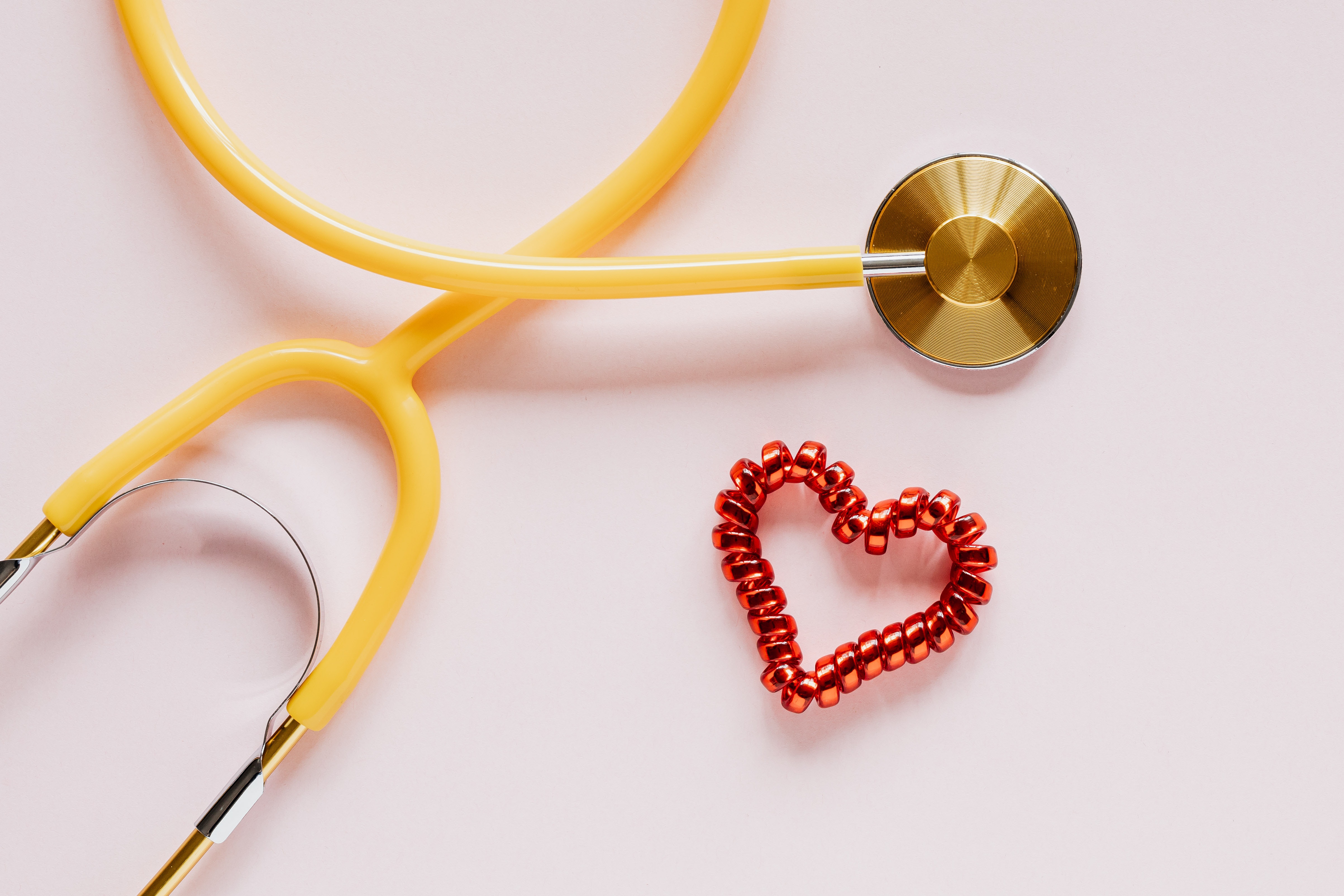 Long before Dori Steinberg became Equip’s VP of Research, she was an ob*sity researcher. Of course she didn’t use the censored term at the time, as it was central to her work designing and evaluating weight loss treatments for adults at UNC Chapel Hill and Duke University. But after two decades in the field, Steinberg — who is also a registered dietitian and has a PhD in nutrition and public health — realized that it contained a fatal flaw. The flaw was so glaring that it changed the course of her life and removed the word “ob*se” from her vocabulary (more on that below).

“Each study I worked on showed that diets can help people lose weight in the short term, but that weight almost always comes back after the program ends,” she says. “It was through my own eating disorder recovery that I realized the reason people were regaining the weight is that weight loss doesn’t work for the vast majority of people.”

Steinberg also came to realize that these programs were not only contributing to weight stigma but actually promoting behaviors often seen in individuals with eating disorders. She notes that while behaviors like calorie restriction, daily weighing, and tracking everything you eat can raise red flags when they’re done by someone in a small body, they’re often applauded and encouraged for people in larger bodies.  “I used to think that was okay, but I have now recognized that these behaviors are harmful for everyone,” she says.

Once she’d had these revelations, Steinberg couldn’t continue down the career path she’d devoted so many years to — she needed to change course.

Today, instead of designing weight loss programs, she’s helping to fill critical research gaps in the eating disorder field, particularly those stemming from the myth of ob*sity. A growing body of evidence is demonstrating the detrimental effects of a flawed paradigm based on weight in relation to height (the ubiquitous “BMI” metric) that classifies people as “healthy” or “ob*se” based on a meager amount of information. This classification system is — at best — doing a disservice to those in large bodies, and — at worst — perpetuating disordered eating, stigma, and shame.

Here’s what Steinberg and others in the field wish more people knew about the pervasive misconceptions and flat-out fallacies around ob*sity — particularly as it relates to young people.

First off, you’re probably asking yourself why the term in question has been censored. While different organizations and media outlets have differing perspectives on the word, many people in larger bodies and experts on the topic feel that “ob*sity” is more of a slur than a descriptor or category. Riddled with negative undertones and a problematic history, the word is hardly a neutral or even useful classification.

“I have been in the healthcare industry for over 30 years and when I first saw ‘ob*sity’ I didn’t get it — I thought it was odd,” says Equip Family Mentor Laura Cohen. “Now that I’m on the other side of diet culture and understanding weight stigma, I love the change in the way the word is being represented. ‘Ob*sity’ is a word that has been given such negative connotations. It is so triggering to so many people on many levels. If changing the word to ‘ob*sity’ makes it less powerful, sign me up for that!”

According to Steinberg, the term has been designated a disease by the American Medical Association for almost a decade and as a result, it’s often used to pathologize larger bodies and to indicate poor health. “That is just not true,” she says. “Weight is not a good marker of health, yet it’s been centered as the key marker of health. We know that there are many factors that impact our health and weight — many of those factors are outside our control, like genetics, food insecurity, or socioeconomic environment.”

Just as larger bodies don’t indicate health problems, thin bodies don’t mean that someone is a paragon of wellness. “‘Thinness’ does not equal ‘health’ and there are many examples where diseases happen in people with thin bodies,” Steinberg says. “For example: type 2 diabetes, hypertension, and cancer — all of which have been thought to be associated with obesity. Stigmatizing someone because of their weight has been going on for too long and we need to stop and recognize that people come in all shapes and sizes — just like height and shoe size — and that size is not synonymous with health.”

“One of my favorite facts about weight and health outcomes is that most people are able to achieve full remission, or at least significant improvement, in many conditions by normalizing eating behavior and making subtle tweaks to their day-to-day habits independent of weight loss,” says Megan Hellner, PhD, Equip’s Head of Nutrition and Physical Activity Research. In other words, in the majority of cases, people can address medical issues by eating balanced meals and moving regularly — with no need to lose weight.

What’s more, the term ob*esity is itself rooted in the unsound premise of body mass index (BMI), which many health experts have come to regard as an inaccurate, misleading measure. “BMI was originally developed to figure out the best way to compare one’s height to one’s weight, and  then morphed into being a metric for health,” Steinberg says. “Yet,  it doesn’t account for different types of body mass, like muscle, bone, or fat.” Nor does BMI account for different types of people: the 1972 study that made BMI such a prominent and trusted health marker was based entirely on white, European men, and has been shown to be wildly unreliable for those outside that demographic. And those BMI cut-off points that tell you whether you’re “healthy,” “overweight,” or “obese”? They were established by an insurance company to set pricing.”

But what about the “ob*sity epidemic”?

You’ve almost certainly come across in headlines declaring that the ongoing “ob*sity epidemic” is wreaking havoc on the health of our nation. But experts like Steinberg believe that by labeling the existence of larger bodies an “epidemic” in the first place, we’re actually just contributing to the twin eating disorder and diet culture epidemics that are very much threatening the well-being of millions of  individuals.

“In my previous life as an ob*sity researcher, it was easy to see it as an epidemic — so many people had it and the prevalence was increasing. We must understand that the data used to determine this epidemic are based on the problematic concept of BMI,” she says. “The truth is that diet culture is what has driven our concept of the ‘ob*sity epidemic’ and we are now starting to see the consequences of that with the surge in weight stigma and our understanding of its negative impacts on health.”

Equip Family Mentor Jamila Dawuni echoes Steinberg’s message, pointing out that a diagnosis of “ob*sity” may push individuals to pursue unhealthy behaviors in order to lose weight. “Some people have developed eating disorders after returning from doctors’ visits where they were told that they were ob*se and needed to reduce their weight,” Dawuni says. This diagnosis, she explains, can lead people to cut back on their nutritional intake and become more preoccupied with their bodies, behaviors that can develop into an eating disorder or disordered eating. Research shows that this is certainly true for adolescents and children, who may suffer serious consequences to their mental and physical health after an ob*sity diagnosis.

What should parents do if their child is labeled “ob*se”?

Steinberg says that even in her years as an ob*sity researcher, she intuitively steered away from working with kids because she worried any kind of diet program could set off a poor relationship with food for life.

One major reason interventions for childhood ob*sity are inherently problematic is that many are based on a stoplight approach that categorizes foods as “good” and “bad”: foods in the “green” category are generally low-calorie and are permitted without restriction, foods in the “yellow” category are foods to be eaten on occasion, and foods in the “red” category are higher calorie foods that should be eaten sparingly. “Often ‘junk foods’ are in the red category, but so are nutrient-dense foods like nuts,” Steinberg says. “At Equip and in the research literature, we have seen examples of an eating disorder starting as a result of creating this food hierarchy.”

Cohen says the very concept of a weight-loss program aimed at children is incredibly concerning. “When kids are placed on weight loss programs, it’s saying that they are not okay at their weight, and that being ‘fat’ is bad and being ‘thin’ is better. Providers should encourage healthy behaviors, which is different from putting the focus on the number on the scale. It is altogether possible that these kids deemed ‘ob*se’ are perfectly healthy.  They may eat a very balanced diet and incorporate joyful movement in their lives. You cannot tell these things from a scale.”

So if weight loss programs are decidedly not a good idea for kids, what should caregivers do if their loved one has been diagnosed as ob*se and their medical provider is pushing a particular “treatment” plan?

Steinberg offers an important parting reminder that while weight loss is almost unanimously endorsed as a panacea in our society, it is not always a healthy solution.“We must recognize that prescribing weight loss to ‘solve’ health problems as a result of obesity is ineffective,” she says. “It’s unethical for us to continue to say that weight loss is the answer when it’s not possible for the vast majority of people who attempt it.”

Rather than addressing a “problem,” the whole idea of the ob*sity epidemic sets in motion an industry that only does more harm to those caught up in it (which, in our society, is everyone). The answer to the problem is not, and has never been, to change a number on a scale — but rather, to remember that this number rarely tells you anything meaningful at all.